Bon Bons or Christmas Crackers are tinsel coloured paper tubes that explode in a whiff of brimstone when pulled apart, revealing a paper hat, sometimes a sweet or a little toy, and the ubiquitous bad joke.

Q. What do you call a man with a paper bag on his head?

Q. What do you call a man with a spade on his head?

Q. What does an angry kangaroo do?

A. Get hopping mad.

Q. Why did the golfer wear two pairs of trousers?

You get the picture. However, have you ever wondered why the jokes in Christmas Crackers are universally bad? Afterall, there are a lot of good jokes out there.

Q. Why is Santa so jolly?

A. Because he knows where all the naughty girls live.

What if everyone at your party agrees the joke is bad? There is universal fellow felling and hilarity at the badness of the joke. A joke writer in a factory in Taiwan gets the blame. Or Woody Allen. Bad jokes simply put make for more agreeable parties. Perhaps we should introduce crackers to parliaments, senates, the UN? Peace on earth and goodwill to all. That last bit is no joke. 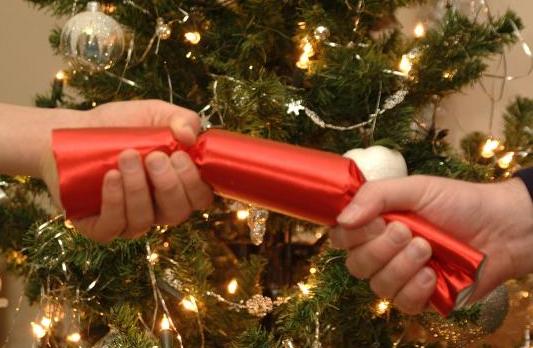