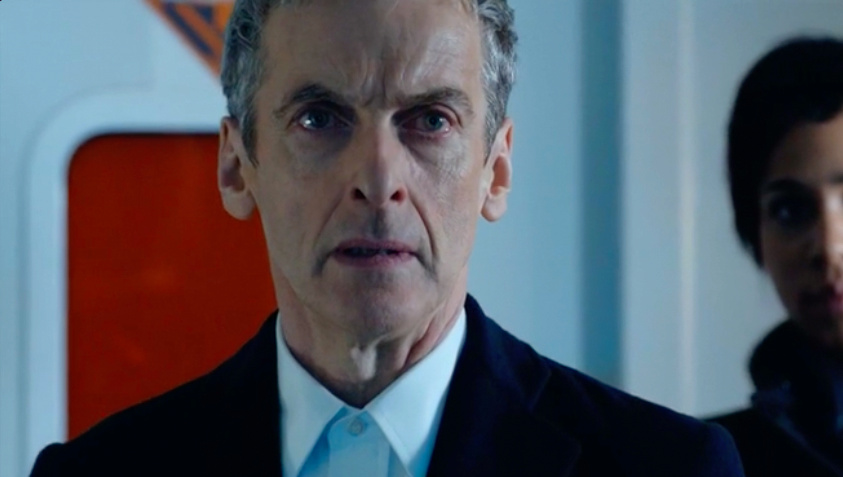 Fresh off Deep Breath‘s most disturbing moment, did he or didn’t he push the Half Face Man to his death?, the Twelfth Doctor’s ruthless new incarnation shows little sign of softening. As promised it is now time for the old beast to snarl at us. In Into the Dalek the Doctor threw a man doomed to perish something to swallow, giving the unfortunate victim a glimmer of hope before he died. Yet the Doctor was only throwing him a battery from his sonic screwdriver so he could track where the Dalek disposed the corpses. “He was dead already, I was saving us,” snapped the Doctor as soldier Journey Blue railed against him for not saving her comrade Ross.

This incarnation of the Doctor shows none of the adolescent charm of his two predecessors. He still has the same zeal, the same humour, the razor-sharp wit. Yet while his two predecessors would only show us snatches of their their terrifying selves, the Twelfth Doctor promises to keep us on the edge of our seats with his ferocious energy. This Doctor is elegantly cold, relentlessly dark, he is slightly sinister and discomfiting. Yet he still retains that savage adherence to his name. The promise. This is the Doctor, and he will stop at nothing to protect humanity.

But is he a good man? 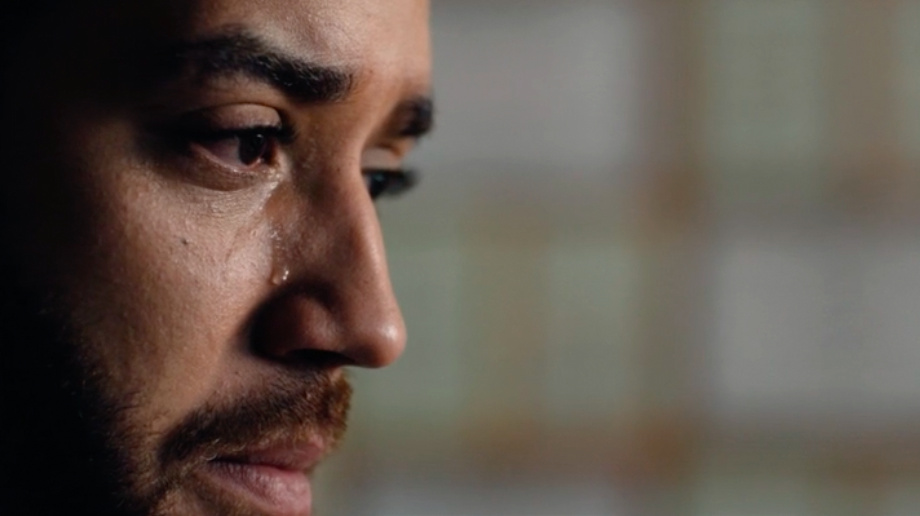 The Doctor and the Soldier

Samuel Anderson made a memorable debut as ex-soldier-turned-maths-teacher Danny Pink. Danny’s comical exchanges with Clara and his rather endearing awkwardness gave us some light relief among the bleak overtones of the episode, however it doesn’t seem that Danny is going to be relegated to side-kick just yet. It wasn’t all comedy. When questioned by a student if he had ever killed a man Danny neatly rebuffed the question, yet when the student persisted and asked if he had ever killed someone who was not a soldier something brought Danny to tears.

What is Danny’s secret, or more to the point does he even have a dark secret? Danny may have seen civilians killed in the line of fire or been a part of an operation which killed civilians (tragically “collateral damage” is not unusual in our times). This gives Danny quite a strong connection with the Doctor.

While some are questioning the Doctor’s new distaste for soldiers – there are a few things we need to keep in mind. There are shades of his Tenth incarnation here, who hated guns and could not forgive Harriet Jones for destroying the Sycorax. This is a post-Time War Doctor, one who once killed millions upon millions of civilians in a terrible sacrifice to save the entire universe. He was able to reverse his decision and save Gallifrey, but he still has the memories of his first decision – and perhaps this may be his emotional connection with Danny Pink if their meeting comes to pass. And this is the Doctor who will remember having to face his demons on Trenzalore.

The Doctor’s Eleventh incarnation spent 900 years defending the city of Christmas on Trenzalore, facing relentless attacks from many foes, which after 300 years broke into an all-out war. Yet the Doctor still couldn’t save his people who were calling to him for help. To bring Gallifrey back would start another Time War. The Doctor experienced almost a millennium of battle, and in the end it came down to the Doctor and his new allies, the Silence, facing the Daleks. After Clara’s plea the Time Lords granted the dying Doctor a new regeneration cycle. In his final act he used the excess energy of his regeneration to destroy the Daleks.

And now he faces his deadliest enemies again. The Doctor told Journey Blue the Daleks were better soldiers than she would ever be. It is a war-weary Doctor that rejected Journey’s request to go with him because she was a soldier.

We have been told Danny will not be a companion. Will he merely be the man who takes Clara away from the Doctor to a boring life of normalcy? Or will the two men, who Clara is striving to keep apart for now, meet? Perhaps Danny Pink needs a Doctor. Or perhaps the Doctor will need Danny Pink. 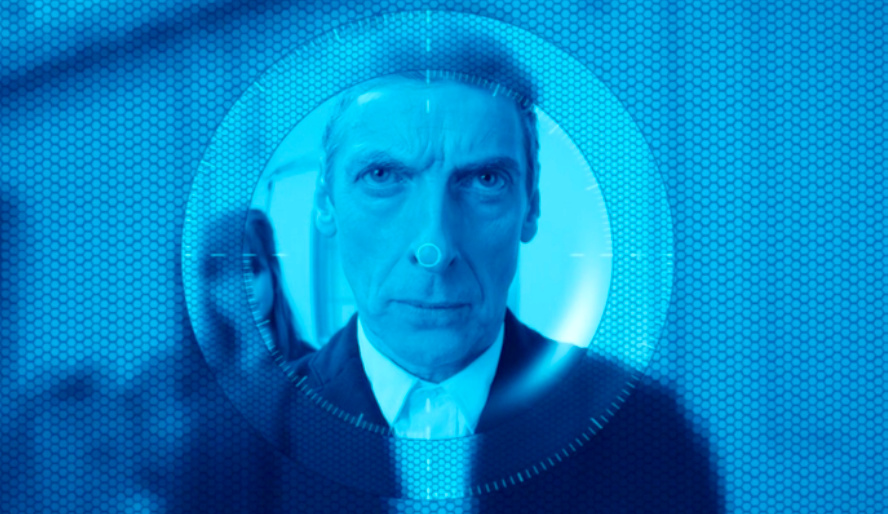 You are a Good Dalek

A malfunctioning, emotional Dalek is referred to as “Rose’s Dalek” in our household. The idea of a good Dalek does have a connection with the Ninth Doctor episode Dalek. The Second Doctor also managed to create some ‘human’ Daleks in The Evil of the Daleks. Yet the philosophical theme of Into the Dalek encompasses more than the question “can there be a good Dalek?”, it also questions whether or not a soldier can be a good being. In the opening sequence the Doctor refuses to take Journey Blue, who he has just rescued from her burning ship, back to her command ship unless she lowers her gun and asks him nicely. When Clara Oswald makes a flippant remark to Danny about him teaching students to shoot people he answers: “There’s a bit more to modern soldiering than just shooting people…I like to think there’s a moral dimension.”

And when Rusty, the ‘good Dalek’ looks inside the mind of a 2000 year-old alien war veteran, he sees something that terrifies the Doctor. “I see beauty, I see endless divine perfection,” Rusty tells him. But then Rusty sees what the Doctor does not want him to see. “I see your hatred of the Daleks…and it is good!” The horrified Doctor, on the verge of tears, implores him “There must be more than that, please!”

It is Rusty who gets the emotional moment in Into the Dalek. “I am not a good Dalek,” he says, mysteriously adding “You are a good Dalek.” to the defeated Doctor. They may have won the day, but the Doctor doesn’t see it as a victory. Was it just a good Dalek, or was it also a good soldier that the Doctor wanted to see?

Perhaps the possibility of a “good” soldier gives the Doctor hope. He couldn’t save a Dalek’s soul but perhaps he can save his own.