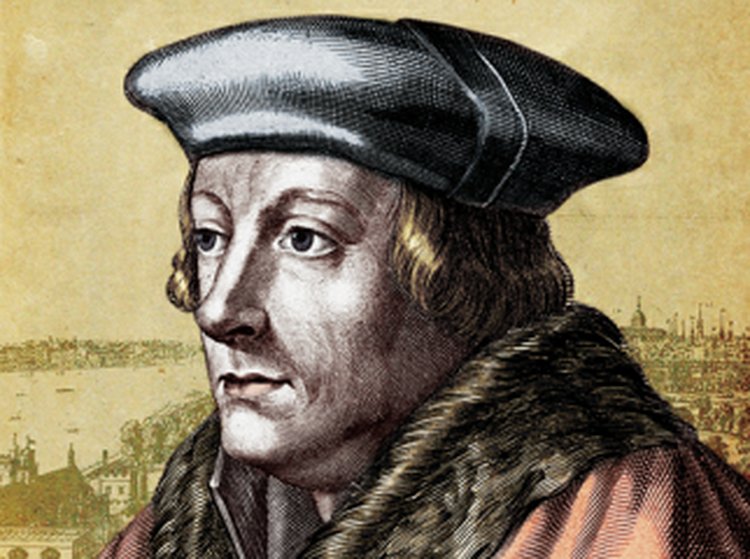 Now that Thomas Cromwell has entered into popular culture again in earnest, I was keen to share John Schofield’s outstanding study of his life with our readers. So often we are told we need to place historical figures in the context of their times, only to have those times restricted to a single court, historical figures revolving around the larger presence of the monarchs they served, or lost in the machinations of international politics. It takes a skilful historian to bring us both. John Schofield was one of those rare historians who was unafraid to present his reader with complex issues, and challenge the traditions that have grown around the larger-than-life King Henry VIII and his court for centuries.

I was deeply grieved to learn that John Schofield passed away suddenly in November last year. The history world has lost an inspired thinker who was fast becoming one of the leading historians in his field.

John earned his Doctorate at Newcastle University. His supervisor Rev Professor Euan Cameron recalls “John had been studying at a Lutheran theological college in Cambridge when he applied to Newcastle. He was an unusual applicant, slightly older than myself and without an undergraduate history degree. After reading some of the papers that he had written, I found his work so impressive that I applied for him to be admitted exceptionally to the doctoral program, despite not having the usual pre-qualifications”.

“He proved to be a quite outstanding doctoral student: enthusiastic, diligent, a professional scholar in a hurry to get things done,” Professor Cameron added. “He worked on the influence of Philip Melanchthon, the German reformer, on the politics of the English church in the 1530s, and wrote what became his first book Philip Melanchthon and the English Reformation.”

John completed his thesis The Lost Reformation: Why Lutheranism Failed in England during the Reigns of Henry VIII and Edward VI in 2003. His external examiner, Rev Professor Diarmaid MacCulloch of Oxford, remembers him as a “thoughtful and agreeable man, who had come to academic research late in life and clearly loved it.”  After completing his doctorate John wrote his first book Philip Melanchthon and the English Reformation, published in 2006 in the St. Andrews Studies in Reformation History series. In 2008 he published his acclaimed biography The Rise & Fall of Thomas Cromwell: Henry VIII’s Most Faithful Servant with The History Press, following with Cromwell to Cromwell: Reformation to Civil War in 2009, examining how the principals of the Reformation changed and evolved in England. His last book Martin Luther: A Concise History of His Life and Works was published in 2010.

John’s sister, Ann Musker said “I believe he was keen to discover the truth and meticulous about his research to find the facts, and that his books are thoughtful, well-balanced and very readable.” 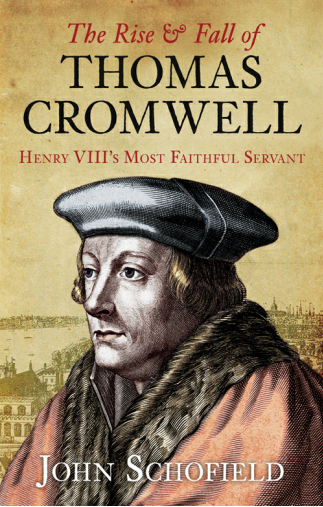 “Because history is more than just a study of dry facts and past events, it is not being sentimental to feel drawn to the story of the poor man’s son exalted to the king’s right hand; or to reflect on the tragedy of a great minister destroyed not by greed for power, or the vaulting ambition of a Macbeth, but by the capriciousness of the prince he had served so well.”

In The Rise & Fall of Thomas Cromwell: Henry VIII’s Most Faithful Servant John presented an insightful account of Cromwell’s life and reputation.

“I do not remember for sure what made me first begin to wonder whether all of this might be largely fanciful, and whether the real Thomas Cromwell, if only we could meet him and become better acquainted, might take on a less fearsome and altogether more agreeable aspect. It was not a craving to be novel just for the sake of it, but what began as no more than a hunch quickly developed into a conviction. Readers will be able to decide for themselves if they care to go down the same route,” John wrote.

Ann tells us that John was a very private man and modest about his achievements, but his uncommon ability to marry legitimate scholarship with gripping narrative has seen Tudor history enthusiasts embrace his book as the finest biography of Cromwell to date. John left a remarkable body of work in such a short time-frame, and to the new generation of readers he gave us what we have a right to expect, freedom from the traditional histories of the last century, thick with dated Victorian attitude. John had quite a task challenging the influential work of Roger Bigelow Merriman’s influential study.

“If my work at times reads like an Apologia, then I feel that this is unavoidable given the fact that Merriman’s has been for a long time the standard biography of Cromwell,” John wrote. He called Merriman’s character analysis of Cromwell “bewilderingly wide of the mark”, and so it was. Besides a wonderful study of Cromwell’s character, John also challenged many traditonal perceptions surrounding Cromwell’s career. It was also no mean feat to challenge the idea, still popular now, that Thomas Cromwell engineered the fall of Queen Anne Boleyn. John presented, with careful insight, a convincing case of the true culprit in Anne Boleyn’s downfall, her own husband. As for Marillac’s view that Cromwell was the ‘principal author’ of the Protestant Reformation in England, John reminds us that “the English dissolution might even have gone ahead without Cromwell, though less efficiently. At the core of the Reformation lay the theology of salvation, not religious houses or traditions.”

“He was my dear brother and I miss him very much,” Ann added. “But I know his books are a wonderful legacy for us all.”

‘It hath pleased His goodness to use me as an instrument, and to work somewhat by me, so I trust I am as ready to serve him in my calling to my little power’
Thomas Cromwell. 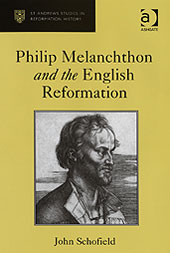 Philip Melanchthon and the English Reformation

By refracting the well known narrative of the English Reformation through the lens of Melanchthon, new light is shed on many events that have puzzled historians. The study provides fascinating new perspectives on such questions as why Henry suddenly abandoned his Lutheran policy, why Cromwell fell from power in 1540 and even insights into Elizabeth’s personal beliefs. By tying events in England into the context of the wider European Reformation, through the work of Philip Melanchthon, this book offers fresh insights into the nature and development of early evangelical Protestantism. 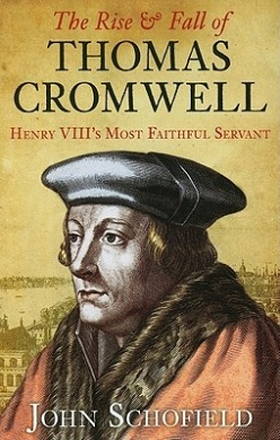 The Rise and Fall of Thomas Cromwell: Henry VIII’s Most Faithful Servant

Thomas Cromwell was a man of humble origins and outstanding intellect who rose up to become Henry VIII’s chief minister and right-hand man during the English Reformation. He wielded enormous power while he retained the king’s favour, but the failure of Henry’s marriage to Anne of Cleves, which Cromwell had arranged, led to his swift downfall and execution. In this biography, John Schofield reveals that the popular image of Cromwell as a blood-stained henchman is largely fictional. Detailed research into contemporary sources illuminates his brilliant mind and his love for and patronage of the arts and humanities, while short case studies shed new light on his relations with, and his reputation among, Henry VIII’s subjects. In his conclusion, Schofield narrates the drama of Cromwell’s downfall and highlights the king’s posthumous exoneration of the ‘most faithful servant he ever had’. 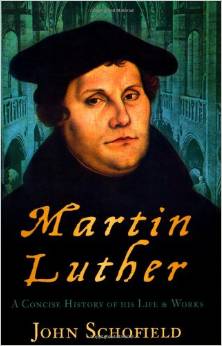 Martin Luther: A Concise History of his Life & Works

Martin Luther was so angered by the sale of indulgences (pardons for sins granted by the Pope) that, in 1517, he nailed 95 arguments for reform of the Roman Catholic Church to the doors of the church and the castle at Wittenberg. This act began one of the most momentous periods of change in history: the Reformation. This book is an introduction, succinct and readable, but substantial and not skimpy. It covers or summarizes Luther’s major works and the main events of his life, and it invites the reader to meet him at his study desk, in the lecture hall, in the pulpit, and at the dinner table. 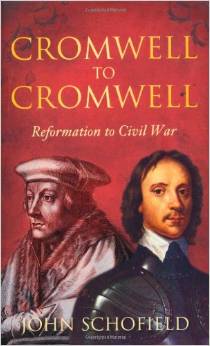 The English reformers of the 1530s, with Thomas Cromwell at their head, continued to have a strong belief in kingly rule and authority, in contrast to their radical approach to the power of the Pope and the Roman Catholic Church.  Resisting the king was tantamount to resisting God in their eyes, and even on a matter of conscience the will of the king should prevail.  Yet just over 100 years later, Charles I was called the ‘man of blood’, and Oliver Cromwell famously declared that ‘we will cut off his head with the crown on it’.  But how did we get from the one to the other?  How did the deferential Reformation become a regicidal revolution?  Following on from his biography of Thomas Cromwell, John Schofield examines how the English character and the way it perceived royal rule changed between the time of Thomas Cromwell and that of his great-great-grandnephew Oliver.