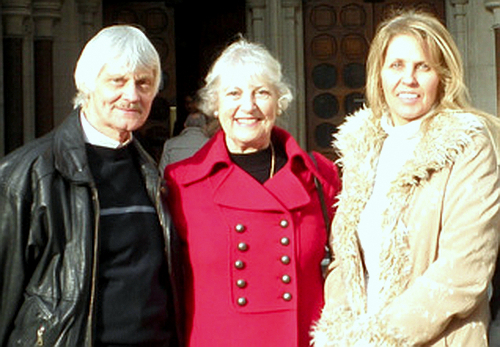 Where are the Bones of King Richard III?

They are most certainly not in a box in the history department of the University of Leicester. So adamant is the University that the bones are no longer in a cardboard box that they recently complained to the Colchester Gazette, leading to the removal from the paper’s website of an entire interview with Dr. John Ashdown-Hill, genealogical researcher, historian and a founding member of the Looking for Richard team, in which Dr. Ashdown-Hill discussed his wishes for Richard to be moved to a “prayerful environment”. The university also objected to his understanding that scientific research has actually been completed on Richard III’s remains.  Considering the Plantagenet Alliance has been bearing the brunt of the blame for the delay in King Richard’s burial, perhaps the university would be happy to share the responsibility now, if they indeed have not yet completed their research. The remains have been at the university since they were exhumed in August of 2012. Whether they are in a cardboard box in an office or in a “controlled environment” is a moot point. Almost a year after the remains were identified as King Richard III they are still not in a sanctified place of rest. 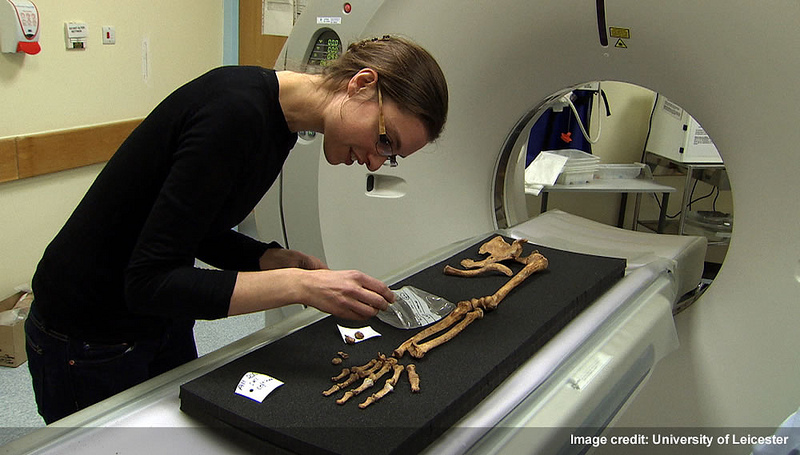 The Looking for Richard team was a key part of the discovery of the remains of King Richard III. Looking for Richard was formed in 2009 by Philippa Langley, who secured the funding and convinced the then-dubious University of Leicester Archaeological Services to partner the Looking for Richard project on an archaeological dig to search for the remains of King Richard III. However ULAS only agreed when Philippa sold them the concept of looking for the site of the Greyfriars Church, destroyed during the Dissolution of the Monasteries, and not for Richard III. “Archaeology is not about going in search of a famous person, it’s not what we do,” Richard Buckley, lead archaeologist on the project, told Philippa. It seemed that the Leicester archaeologists were still convinced by the four-hundred year old rumour that Richard’s bones had been dug up and thrown in the River Soar. Indeed, they put this on the application form for the exhumation licence. The university was, however, certainly quick to re-name “The Greyfriars Project” the “Search for Richard III” after his remains were discovered. 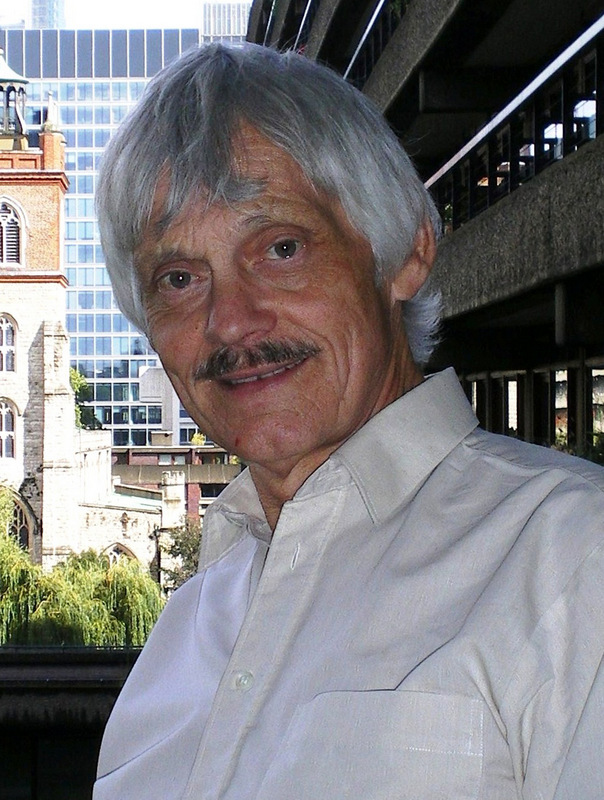 Looking for Richard members told us that “the founding members have confirmed that as far as they are aware there was nothing in the Colchester Gazette article that was incorrect.” The university has been reluctant to afford credit to the Looking for Richard team’s contribution to the discovery. The Looking for Richard team is buried at the bottom of their acknowledgements page as the “Richard III Society”. When queried about the university withdrawing an invitation to Dr Ashdown-Hill to attend the private announcement of the DNA results on 3 February, a spokesman for the university sarcastically answered “Perhaps we should have invited the creator of DNA fingerprinting as well, seeing as he played a part?” More disturbing is the university questioning Dr. Ashdown-Hill and his publisher, The History Press, about their right to publish an updated edition of his own book The Last Days of Richard III and the Fate of His DNA. Dr. Ashdown-Hill’s book was first published in 2010, two years before the dig and his years of research were integral in helping locate and identify the remains of King Richard III. Was the university trying to claim ownership?

Dr. Ashdown Hill told us in October that relations between the two groups had improved, but in light of the latest incident the Looking for Richard members told us that they were “deeply concerned at this development.”

Perhaps what the university was actually objecting to in the Colchester Gazette article was the statement that “The Looking for Richard project had won agreement the university would only hold on to the bones until the scientific research had been completed.” The university is keen to stress that they are responsible for the reburial of King Richard III’s remains. “The [exhumation] licence was granted to the University of Leicester and makes the University responsible for the location of re-interment” the university stated. They also state that since the remains are more than 100 years old they have no legal obligation to consult living relatives. The “living relatives” are the Plantagenet Alliance, a group of descendants of Richard III’s brothers and sisters which formed after his remains were discovered, and which has questioned the university’s right to decide where he is re-interred. The University are far less keen to discuss that Philippa Langley is the named custodian of the remains of Richard III according to the terms of her agreement with her contractor in the project, University of Leicester Archaeological Services.

“In our opinion, UoL should never have had the exhumation licence,” Looking for Richard members told us “They received it because confusing information was submitted in the exhumation application form so that the Ministry of Justice (MoJ) mistakenly granted the licence to the UoL. The MoJ can only grant a licence on the basis of the information provided. ULAS applied for the licence which should have gone to Leicester City Council, as the landowner granted Philippa Langley permission to dig, and with whom she has her (signed) agreement. Philippa was the named client in the project and she commissioned and paid ULAS to carry out the archaeological work with the funds she had raised.” Philippa also personally instructed exhumation of the remains found in Trench One as the archaeologists were not interested in them at that time, believing them to be in the nave of the church and therefore most likely those of a friar, and she paid for the exhumation with the remaining funding from the Ricardian International Appeal. 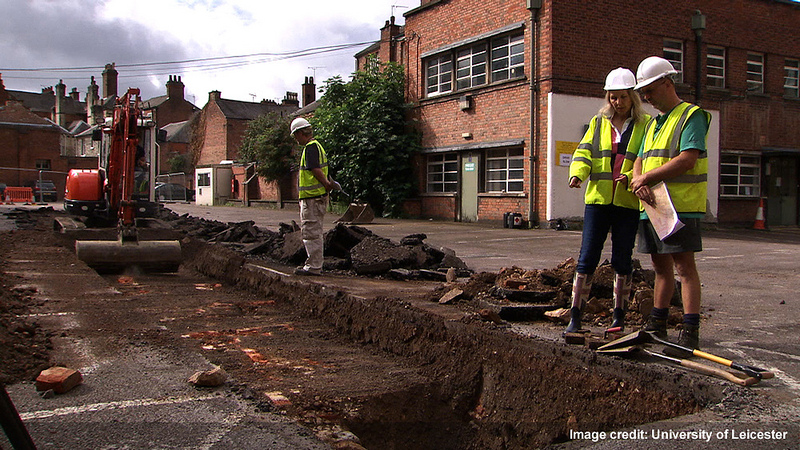 Philippa Langley standing over Trench One

The university has denied that Philippa Langley is the custodian of King Richard’s remains, saying that their original agreement was not signed and is simply a project management tool, and they were therefore not required to transfer Richard III’s remains to Philippa’s care. However this agreement was entered into in good faith and David and Wendy Johnson, founding members of the project with Philippa, have previously outlined the agreement between Philippa Langley and the University of Leicester Archaeological Services, where Philippa is the named Client in the project, and the established Custodian of Richard III’s remains. A clause states that: Any human remains which are positively identified as those of Richard III will, after specialist DNA, osteological and archaeological recording, be transferred to the custody of the Client and/or the Client’s representatives for reburial. 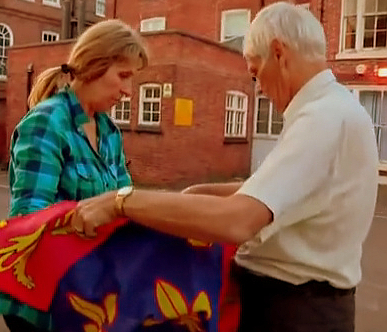 Despite the agreement that the remains be transferred to the custody of the client, in February of 2013 the university proposed to put Richard III’s remains on public display in the Leicester Cathedral. This was contrary to the original agreements between Philippa Langley and the authorities in Leicester, it also breached the terms of the Ministry of Justice exhumation licence. The licence clearly stated that before reburial the remains shall ‘be kept safely, privately and decently by the University of Leicester Archaeological Services’. Letters were sent to the UoL by lawyers acting for Philippa Langley, and putting the UoL on notice of the terms of her agreement. Further, a spokeswoman for Leicester Cathedral stated the church would not take part in any public showings, saying “Scientists may have a reason for seeing them, but that is different from public display in the cathedral.” The Leicester Mercury took an online poll that showed 69% of respondents were opposed to public display. The plans were quietly dropped. But on 8 May 2013 a document was distributed to the Fabric Group (one of three groups formed by Leicester Cathedral to facilitate the interment process) telling them they were required to “ensure the remains are conserved for posterity and accessible for future study” to the alarm and distress of Richard III Society members.

Much of the Looking for Richard team’s plight has been eclipsed by the publicity of the legal battle between the Plantagenet Alliance and Leicester. The case was adjourned, yet again, in 2013 until this year. It is hoped that the Judicial Review taking place on March 13 – 14 will finally decide the case.

Looking for Richard members told us “Philippa Langley is the named custodian of the remains of Richard III according to the terms of her agreement with ULAS. This stated that the remains would be handed over to her and her representatives following confirmation of identity, in order that she could take them to a Catholic place of sanctity and rest prior to reburial in the cathedral. In fact the founding members are now preparing for a legal battle with UoL to get them to honour this agreement in the event that the current Judicial Review upholds the exhumation licence held by UoL. The official ID of Richard III’s remains was confirmed on Feb 4 2013, nearly a year ago, yet the remains are still in the university’s premises.”

When King Richard III will finally be afforded the peaceful burial he deserves after 500 years remains to be seen.

The Essex Country Standard has re-published their article with John Ashdown-Hill’s interview. Click here to read the original interview.

Read our interview with Dr. John Ashdown-Hill on his discovery of the matrilineal descendants of Richard III’s sister Anne of York and his work on the Looking for Richard project.