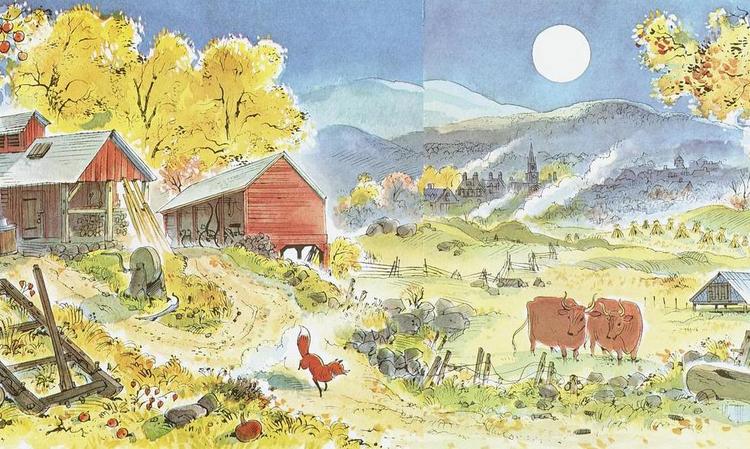 The Fox and the Goose 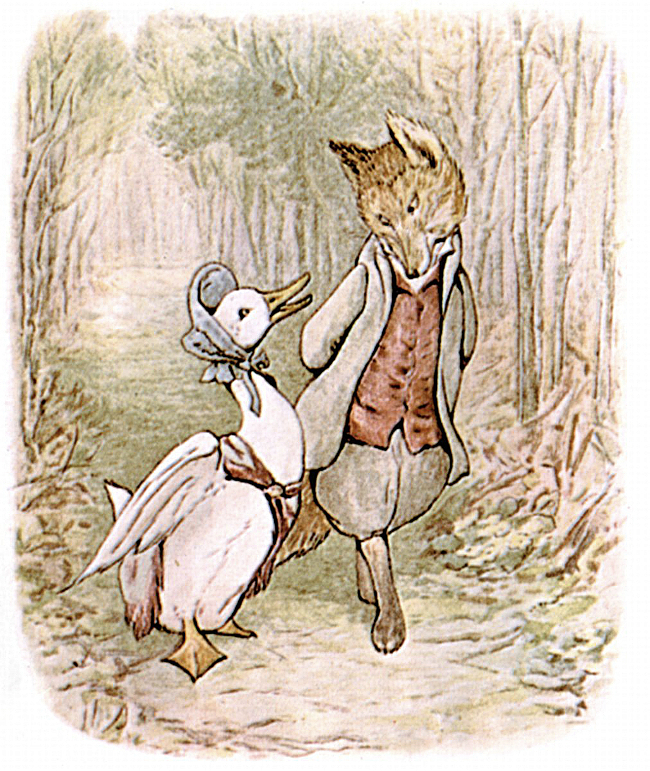 Foxes have long been portrayed in literature as mischievous and sly, practical jokers or charlatans; from Aesop’s The Fox and The Rook to  Jemima Puddleduck’s elegant gentleman. Reynard the Fox is a trickster who dates back to the twelfth century. There are downright villains making lunch of our heroes and heroines, such as Foxy Loxy. There are also various sympathetic literary portrayals of foxes, such as Sharp Ears the Vixen, the subject of a Czech opera by Leoš Janáček. There is Denys Watkins-Pitchford’s, (also known as B.B.) Wild Lone: The Story of a Pytchley Fox. Daniel P. Mannix’s Tod from The Fox and the Hound is a heart-breaker, which was adapted into a beloved Disney film. And the Japanese fairy tale Gon the Little Fox ends in terrible tragedy.

But it may be Fantastic Mr. Fox who is one of the most popular foxes in literature today, among little ones in any case. His story combines both triumph and tragedy, along with Roald Dahl’s signature humour. Dahl was always quick to remind us that Mr. Fox had a wife and four kits who needed feeding. So rather than being outraged that he stole that chicken, we cheered him on while he outwitted the farmer.

Just recently I discovered a picture book of The Fox Went out on a Chilly Night (illustrated by Peter Spier), which is based on a very old song, known as The Fox or The Fox and the Goose. There are several bluegrass versions of the song now and it is an immensely popular folk song. It is one of the few English folk songs that is known to have been composed as early as the fifteenth century.1

In 1952 R.H. Bowers transcribed a fifteenth century The Fox and the Goose from a manuscript in the British Libray (MS Royal 19.B.iv, fol. 97v.), and he suggested that it was missing its opening verse. The poem begins abruptly, as Bowers notes, with the fox saying “Peace to you”.

The Fox and the Goose

In his study of The Fox and the Goose, George Perkins suggested that the manuscript version read like it was not the scribe’s own composition, nor copied from a written source, but remembered from the oral tradition, with some omissions. Thus he speculated there was a good probability the song had been around for some time before it was copied into the above fifteenth century manuscript. 3

Other versions popped up between 1500 and 1800. The fourth verse of the song became a short nursery rhyme all its own. Joseph Ritsin published this version in London in the 19th century.

Old mother Widdle Waddle jumpt out of bed,
And out of the casement she popt out her head,
Crying, “The house is on fire, the grey goose is dead,
And the fox has come to the town, oh!”4

And although Spier’s fox is looking quite menacing in the illustration above, he is merely taking a meal home for his wife and his ten kits, far larger than Mr. Fox’s brood.

The Fox Went Out On A Chilly Night By Bob Shane