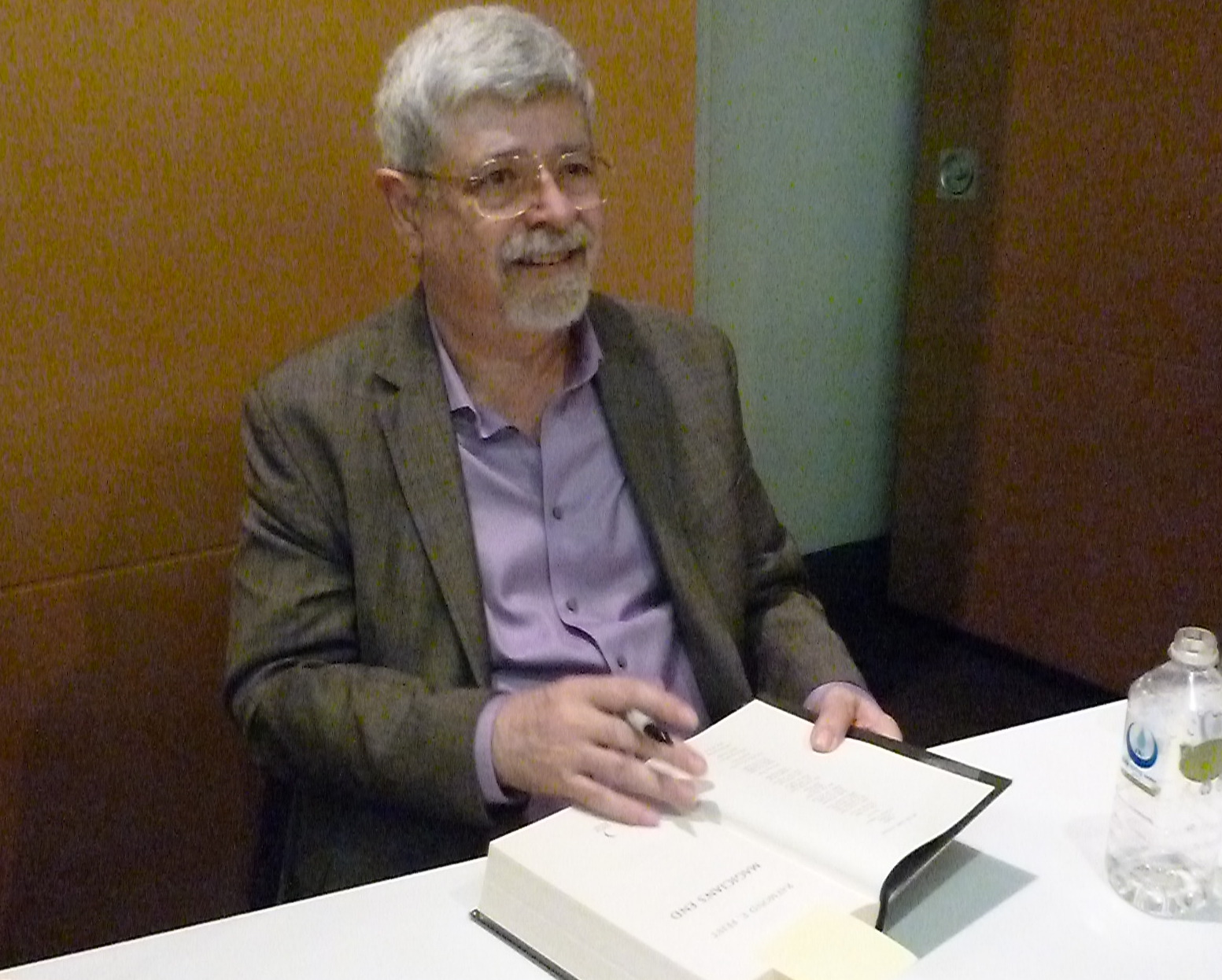 Raymond E. Feist came all the way to Frankston last night for the Melbourne stage of his Australian Tour. Hosted by Robinson’s and Voyager, Ray came out to promote the final book in the Midkemia universe, Magician’s End. The event was sold out with more than 300 fans squeezed in at the Arts Centre to hear Ray’s talk and get their books signed. In an entertaining discussion where Ray kept the crowd in stitches, we were all assured that he will be keeping us busy with the release of another book this year and the first book in a new trilogy to be released next year.

He discussed his next project, The War of Five Crowns trilogy, which he said would be set in a a much smaller universe than Midekemia, and as straightforward “as I can possibly contrive, or until my characters go on strike and decide to write their own damn books”, adding that Jimmy the Hand was originally only supposed to be in one scene. He also discussed the contemporary fantasy, Elder Gods, in some detail, which he will be working on after The War of Five Crowns is completed.

This year we can look forward to the release of a book that has been in discussion since 1998. Originally proposed as an atlas of Midekemia, Midekemia: The Chronicles of Pug will be released in the last quarter of the year, hopefully by October. Based on documents Pug found in Macros’s tower after the Riftwar, Ray described it as “the evolution of these documents that Pug has found with his notations and later with Magnus’s notations about his Dad” and it will be heavy with maps and illustrations by Steve Stone.

There was a long line for signatures and Ray politely ignored the organiser’s efforts to move the fans along quickly, taking the time to take a photo and have a quick chat with each fan. After passing on Craig’s suggestion for a Midkemia app (similar to the Discworld app and something I think we should insist on) to his publicist, we had a nice talk with Ray and he told me about meeting Terry Pratchett in London in 1989. He generously signed three books for everyone, no mean feat considering his arthritis, as the crowd would have brought the total books signed to somewhere around nine hundred.

We had a fantastic evening. Ray will be appearing in South Australia today and then he’s off to Perth for Supanova, so if you haven’t booked tickets to see him yet do not miss out. You can see a list of his remaining appearances here.