Australian actor Daniel MacPherson described his role as Whit Carmichael in the Australian Sci-Fi thriller INFINI as, “Without doubt the most daunting, challenging, and ultimately rewarding role of my career.”

You might know him best as former presenter of the Australian version of X-Factor and Dancing With The Stars, and as Joel Samuels in Neighbours (1998-2002), and from roles in other Australian and British crime dramas, films and stage musicals. He’s also slated to play Arion Elessedil, crown prince of the Elves, in MTV’s upcoming fantasy epic, The Shannara Chronicles, based on Terry Brooks’ classic novel series.

“Set in the dark reaches of space, INFINI is the story of an elite search and rescue team transported to a distant mining station to save Whit Carmichael who is the lone survivor of a freak accident. Using Slipstream technology the team must transport into a hostile environment and quarantine a lethal biological weapon, which is set to arrive on Earth within the hour.”

“It starts like a late 1970s sci-fi film and then goes off the rails,” says Abbess of INFINI, so while you might think this is a genre clone, like Alien, something you have seen seen before, think again. It is an action thriller like no other.

It also stars Luke Hemsworth, (The 34th Battalion, The Reckoning) brother of Chris Hemsworth, Marvel’s Thor, so it is a film with some real local talent and some great genre credentials. Tense, dark, brooding, atmospheric, exploding into edge-of-the-seat action and the unexpected, INFINI is sophisticated Sci-Fi storytelling.

It’s one of those films that, when all of the actors and filmmakers are at the top of the game in Hollywood, everyone will look back on and say, Wow, were those guys in that? Brilliant! A future Australian genre landmark, like The Cars That Ate Paris, Mad Max, Dark City, The Matrix and just a handful of others. So get in on the ground floor, watch it now and see what the hype is about.

INFINI is available to rent or purchase on iTunes and other digital platforms from May 8.

Watch the clip below, and click on the banner to watch it on iTunes. 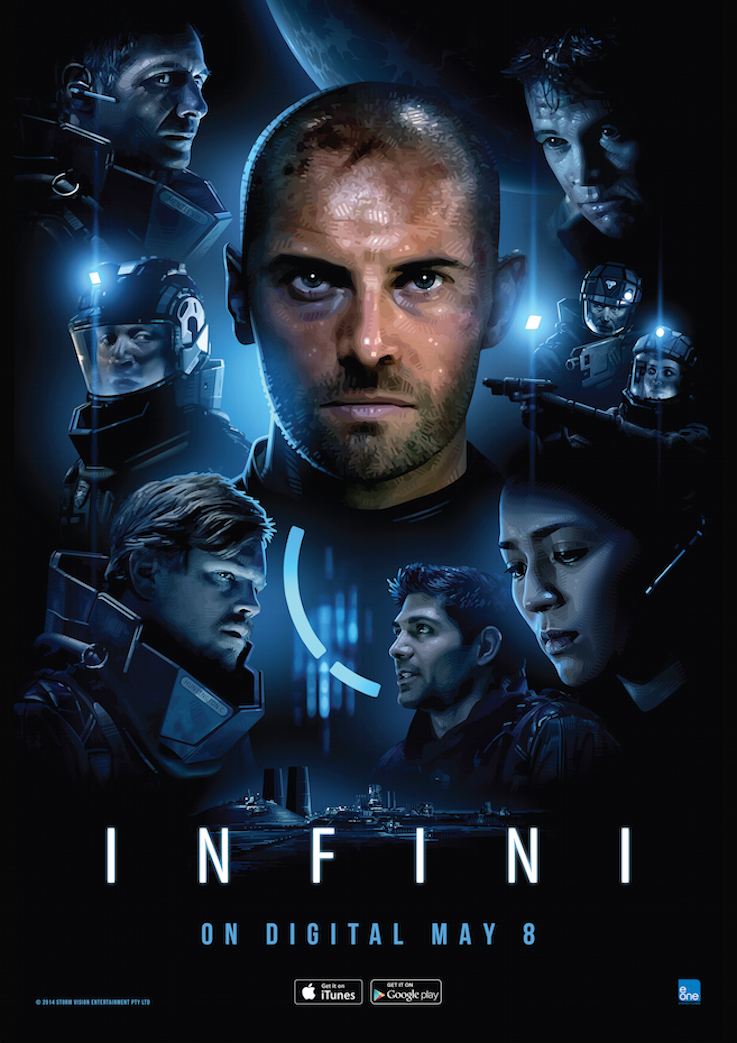