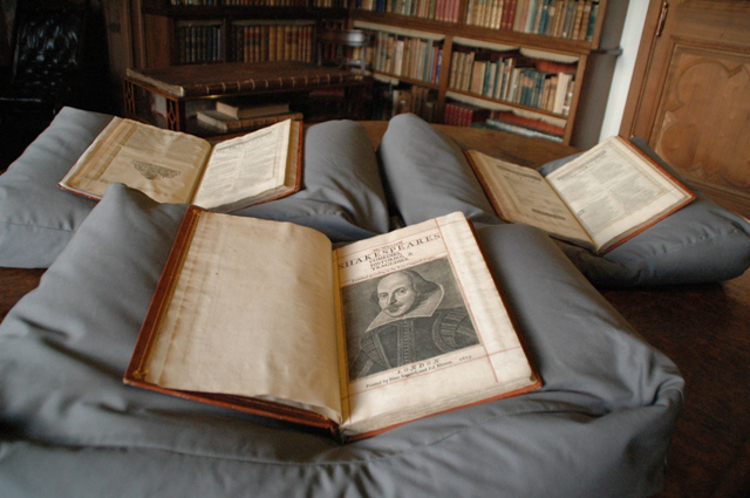 Another Shakespeare First Folio has been discovered in Scotland on the Isle of Bute, less than 18 months after a copy was discovered in 2014, by a librarian in Saint-Omer, near Calais. Unlike many of the 230 odd First Folios in existence, this one is complete and is bound in three volumes. Professor Emma Smith, professor of Shakespeare studies at Oxford University, has confirmed the Folio found at Mount Stuart House as genuine.

Professor Smith identified an earlier owner of the Folio as Isaac Reed, a well connected literary editor working in London in the 18th Century. A letter from Reed shows that he purchased the Folio in 1786, indicating that Reed bought the book second-hand. It has been estimated that around 750 copies of the book were printed so 160 years after publication copies may have already been scarce. After Reed’s death in 1807 to a ‘JW’ for the hefty sum of £38, approximately  £4300. The next time the book is mentioned in any records in a catalogue of the Bute library in 1896. It was not included in Sidney Lee’s 1906 census of First Folios.  Alice Martin, Mount Stuart’s head of historic collections, believes it was bought by the third Marquess of Bute, an antiquarian and collector, who died in 1900; although A note in the Mount Stuart archives suggests the 3rd Marquess thought the asking price ‘too dear’ in 1807 when the Folio was up for sale.

The Mount Stuart Folio is an unusual copy. The three volume edition was rebound in goatskin in 1932. It also has with many blank pages which would have been used for illustrations. The Folio includes annotations and notes from Reed. 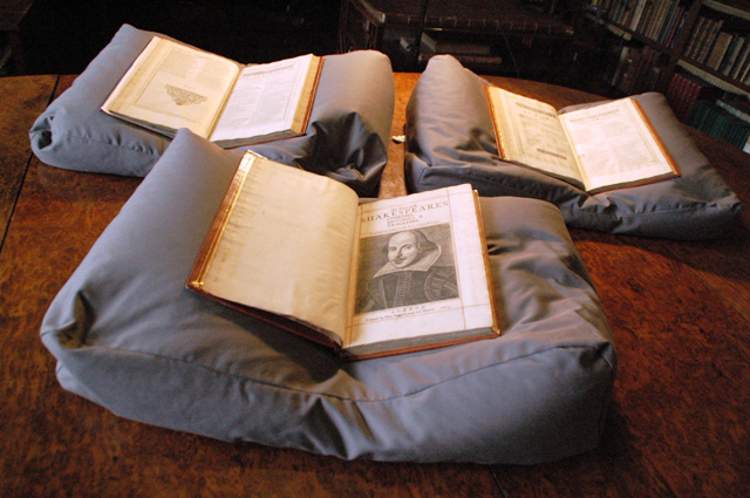 The Folger Library calls the First Folio is “incomparably the most important work in the English language.” It was published in 1623, seven years after Shakespeare’s death, and contains 36 of his plays. The large folio format was generally reserved for reference books and collected writings of important authors. The First Folio of 1623 was not only the first collection of Shakespeare’s plays, it was the first folio book ever published in England that was devoted exclusively to plays. Eighteen of Shakespeare’s plays have survived only because the First Folio was published: All’s Well That Ends Well, Antony and Cleopatra, As You Like It, Comedy of Errors, Coriolanus, Cymbeline, Henry VI, Henry VIII, Julius Caesar, King John, Macbeth, Measure for Measure, The Taming of the Shrew, The Tempest, Timon of Athens, Twelfth Night, Two Gentlemen of Verona, and The Winter’s Tale.

The Folio is now on display for the first time at Mount Stuart as part of an exhibition that will run until 30th October.