A copy of William Shakespeare’s First Folio, one of only 231 of the first-ever compilation of his plays, has been discovered in the library of a small town in Saint-Omer near Calais. The folio was published in 1623, seven years after Shakespeare’s death, and contains 36 of his plays. The large folio format was generally reserved for reference books and collected writings of important authors. The First Folio of 1623 was not only the first collection of Shakespeare’s plays, it was the first folio book ever published in England that was devoted exclusively to plays. Eighteen of Shakespeare’s plays have survived only because the First Folio was published. The Folger Library says it is “incomparably the most important work in the English language.”

The First Folio was discovered when librarian Remy Cordonnier dusted off a book of Shakespeare’s works dating to the 18th century for an exhibition on English literature. If you’re wondering why one of the most sought-after and valuable books in the world went missing inside a library for a few centuries, the title page (pictured above in the Victoria Albert museum copy) and first 30 pages were missing.

“It had been wrongly identified in our catalogue as a book of Shakespeare plays most likely dating from the 18th century. I didn’t instantly recognise it as a book of value. It had been heavily used and was damaged. It had seen better days,” Cordonnier told the Guardian.

“Because the pages were missing the first thing we did was to compare it to an original ‘First Folio’ almost page by page, which was fairly easy to do via the internet,” Cordonnier told The Local.  “After that I was 99 percent certain, but we still needed to bring in a specialist to confirm it.”

The book was authenticated on Saturday by First Folio expert Eric Rasmussen from the University of Nevada. Rasmussen only took “about five minutes”, Cordonnier said, before confirming it was an authentic manuscript. 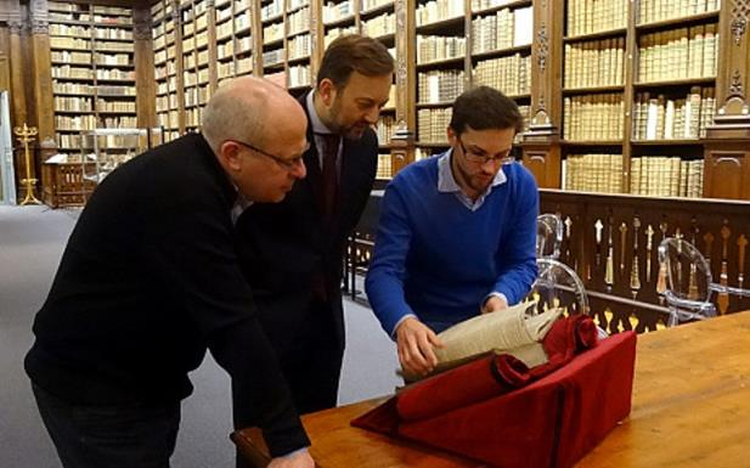 “It is the 231st copy found in the world and the second in France,” said Cordonnier. “It’s not in good shape but all the damage is interesting to teach us about the history of the book.” 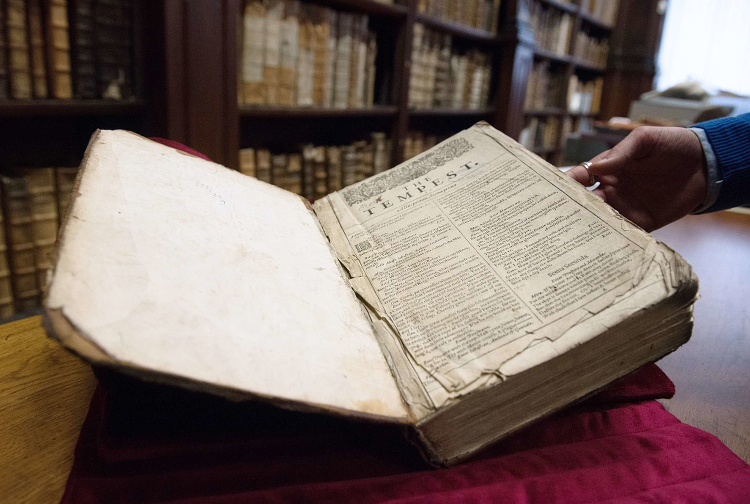 The name “Nevill” is inscribed on the book, who Cordonnier believes may have studied in Saint-Omer and left behind the manuscript. “Since the Middle Ages Saint-Omer has had very strong cultural and economic connections to England. There was a very important Jesuit college here which acted as a protection for Catholics fleeing from England.” 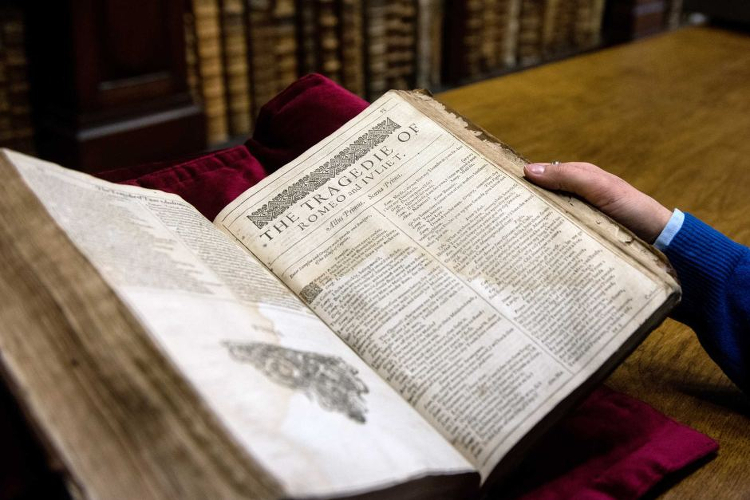 Library director Francoise Ducroquet said that the book will not be sold and will be stored in the library’s safe with other rare items. The Saint-Omer library has a collection of 50,000 books and manuscripts dating from the 7th to the 19th century. The library also holds one of only 48 existing copies or partial copies of the 15th century Gutenberg Bible, one of the world’s most valuable books.

“One of the most interesting things about the book is that the Henry IV play has clearly been performed because there are notes and directions on the pages that we believe date from around the time the book was produced,” Cordonnier told the Guardian.The First Folio will be on display next summer before going into storage. It will be scanned so it can be consulted on the library website and will be available for other libraries and museums to borrow, Cordonnier said.