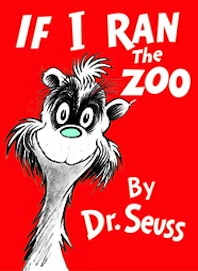 The term ‘nerd’ was coined by no lesser nerdish luminary than Dr Seuss, referring to a mysterious animal in the line,

And then, just to show them, I’ll sail to Ka-Troo,

And Bring Back an It-Kutch,

a Preep, and a Proo,

A Nerkle, a Nerd, and a Seersucker too!

Usage with the pejorative meaning, a person who is shy, weak, unattractive, socially retarded, excessively intellectual, obsessively concerned with niche, technical, fictional, fantasy or other unpopular, non-mainstream pursuits, dates to 1951, when Newsweek Magazine reported on its use as a synonym for drip or square in Detroit, Michigan.

Since then it has gone through various variations, with parallel occurrences in college campuses in the 60s and 70s. Most often its origin is attributed to popular slang from The Rensselaer Polytechnic Institute in Troy, New York, the anadrome knurd, the reverse of drunk, used to describe students that studied rather than partied. Other variations have included gnurd, nert, nurd (used by mad genius SF author Philip K Dick in 1973), nerd becoming the accepted spelling in the 1980s, entering the Oxford English Dictionary in 1989. In contemporary use it has lost much of its derogatory meaning, as with other negative terms, in a process of reverse perjoration, it is now often used with pride as a sign of group identity.

Nerdalicious has yet to enter any reputable dictionaries. The online Urban Dictionary gives two rather clumsy definitions;

1. The definition of a nerd who is the extreme in his area of nerdology, but is extremely and uncannily attractive nonetheless.

2. A person that is so contained with awesomeness and nerdiness that they are so nerdy they exceed possible superior nerd ranking. 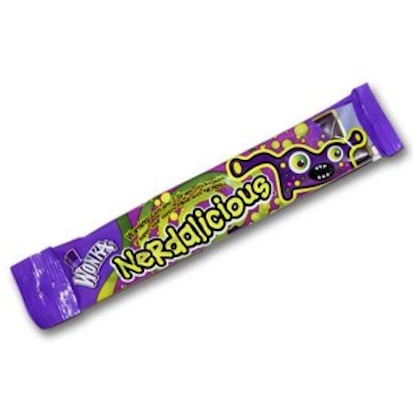 The Willly Wonka Candy Company, now owned by the Nestlé Corporation, with products and marketing based on fictional creations from Roald Dahl’s classic children’s book Charlie And The Chocolate Factory, first published in 1964, introduced a candy called Nerds in 1983.

Nerds are essentially pieces of flavoured irregularly shaped sucrose crystals in a thick hard glossy carnuba wax candy coating. Produced in a variety of colours and flavours, ranging from extremely sweet to extremely sour, the contrasting flavours are often combined in one box, or a single flavor may contrast both sweet and sour. The original Nerds produced a range of spin-off candy variations and products, from giant and rope varieties, a short-lived breakfast cereal, and even a plush toy. The Nerdalicious bar, consisting of super sour tiny tangy crunchy Nerds candies in the centre of a soft chewey grape flavoured stick, was released in 2005.

While there were no Nerds or Nerdalicious candies in either the book or the 1971 film, Willy Wonka And The Chocolate Factory, (well, other than Willy Wonka himself, undoubtedly an iconic nerdish figure) the naming convention, combining suffixes like -umptious or -licious from words like scrumptious or delicious, as in the Scrumdiddlyumptious Chocolate Bar (there’s an interesting Ned Flanders-esque tmesis), was very much a Roald Dahl invention, influenced by the marketing slogans and brand name gimmicks of the mid-20th century.

The earliest use of the term nerdalicious can be traced prior to Nestlé’s product, to the early 2000s, where with the burgeoning of the internet, it became a popular choice as a nickname by nerds, asserting their own deliciousness, in online forums. Here’s an early use of the word in a brief entry in an online journal; although the author refers to himself as a nerd in a self-deprecating manner, his obvious and joyful nostalgic amazement that a quiz refers to D&D earns much nerd respect. 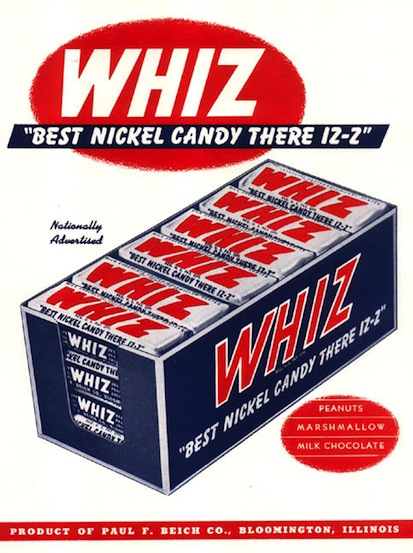 The confectionery market is an ever-shifting sugary quagmire, with some products, like Nerds, still continuing strongly, others like the Nerdalicious have vanished from some markets, while the self-evidently misnomial real world version of Mr Dahl’s Everlasting Gobstoppers continue (and continue, and continue) to be happily sucked, while the iconic, and one would think eternal Wonka Bar has fallen by the wayside, (or perhaps behind the couch cushions).

Nerds, and nerdalicious, however are now seemingly permanent entries in the English lexicon. And though the names may occasionally change we can only celebrate that dorks, dweebs, geeks, goobers, goofballs, techies, trekkies, whizzes, wallahs, brainiacs, boffins, gnurds, nurds and nerds, will be with us long into the foreseeable future.