A Diary of Anne Boleyn 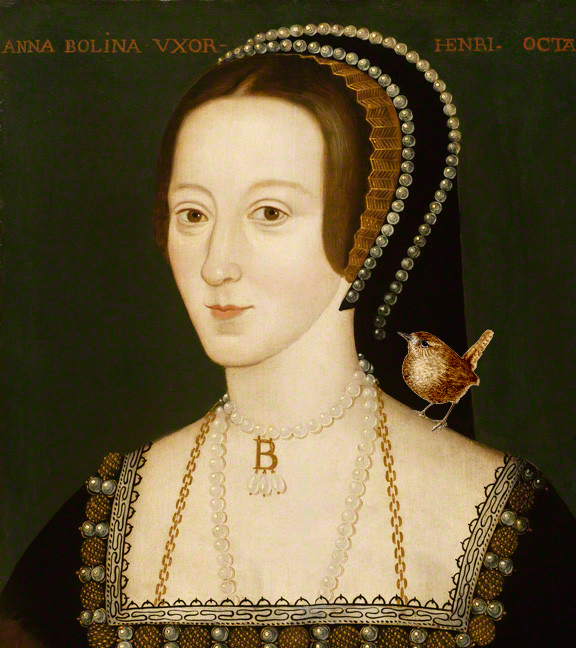 James Walton is a celebrated Australian poet currently based in South Gippsland, Victoria. His poems have appeared in Eureka Street, The Wonder Book of Poetry, Bluepepper, The Age, The Sydney Morning Herald, Great Ocean Quarterly, Australian Poetry, Australian Love Poems, Bukowski On Wry, Australian Poetry Journal and many others.

His wonderful collection of poems, The Leviathan’s Apprentice, is available from Amazon.

We asked what moved him to write this poem about Anne Boleyn, and his answer shows how strange and wonderful it is, that something small, in a place both so distant in time and place, can through a poem, join those experiences together.

This piece arose from silence outside my back door. I looked to see a wren motionless on a gumboot and a cat frozen in a stalking pose, and I immediately thought of the ravens at the Tower of London and the glass monument near the abbey where executions took place, including that of Anne Boleyn. Originally it included a line about glass shattering which I felt didn’t fit. I thought of Anne, captured not just physically, but emotionally too, and her bravery in supporting the Vernacular Bible and her quest for knowledge which is well documented.  The French style of execution where arms were stretched back and the victim remained still had become the manner of beheading. So brave and learned, and quiet in the face of it all – the accusations, the fight with Rome, the children, and her domestic captivity, which could only lead to one horrible conclusion. Portraits of her were destroyed, and this one is one of a few reconstructed/remaining. An intelligent woman, bound between a King and Rome, yet braver than the court in which she lived. I imagined how she would treat the wren and aid it – it escaped my porch, but Anne did not.