In 2012 Artist/Designer Dominic Wilcox created a lovely pair of grey leather Brogues with built in GPS capability. Homing Brogues if you like, named No Place Like Home in an homage to Dorothy’s Ruby Slippers in the classic film The Wizard Of Oz.

Simply plug them into your computer, set the destination, click your heels, and the in-built GPS, via the LED lights in the toes, will guide you all the way home. The ring of LEDs in the left shoe point the way, while the row of LEDs in the right act as a progress bar, lighting up as you get further along your yellow brick road. 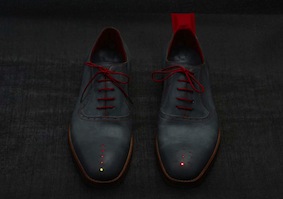 Whether they are an artwork or a prototype is another question. Let’s hope the former; if they were to go into production one can imagine them, because of their gimmickiness, because their tech is tricky, custom and redundant, because they are very gadgeticious, (all things nerds love), becoming a bit of a nerdy fashion statement. 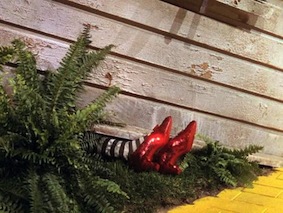 In which case we should perhaps remember who was wearing the Ruby Slippers first. Doubtless the winged monkeys at the NSA are polishing their PRISMs in glee at the thought of various whistle blowing hacktivist enemies-of-the-state wearing such devices. With their PRISM network and drone launched anti-personnel missiles, these would be just the thing for targeted assassination. Having something akin to a house dropping on you from a great height while you’re busy occupying Oz is probably not what you were expecting when you clicked your heels together. 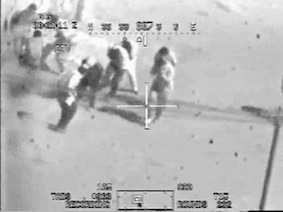