We have the technology. For many years now through both analog and digital techniques editors have had the ability to add new characters into old video. The music industry has been been doing it for years, sometimes poignant, as with Natalie Cole and Nat King Cole together on Unforgettable, or the Beatles re-unified on Free As A Bird, other times it seems little more than a commercial stunt, with a lesser talent latching onto a greater one, such as Selena Gomez with the Latina star Selena. There has even been a ‘live’ duet between Celine Dion and Elvis on American Idol, using a combination of editing and projection techniques with a live stand-in, an example detractors of the practice have called ‘a particularly weird bit of musical necrophilia’.

In movies we’ve seen Woody Allen insert himself into old newsreel footage to create the original mockumentary Zelig, on TV we’ve seen the Star Trek Deep Space Nine Captain Sisko and his crew travel back in time to meet James T Kirk on the original Enterprise in the 30th anniversary tribute episode Trials And Tribble-ations. In the finale of Doctor Who season seven sassy companion Clara Oswald is fragmented through time, briefly appearing with William Hartnell’s first Doctor to advise him on what TARDIS he should choose. There’s also a terrific Doctor Who minisode, Time Crash, where 10th Doctor David Tennant meets the older and younger 5th Doctor, Peter Davison, (the Doctor Tennant was a fan of as a kid) in a scene that is part filmed, part digital replacement effects.

Unlike the musical examples, in film and TV the technique is celebrated, (other than a few controversial examples, the digital replacement of guns in the hands of evil government forces with walkie-talkies in ET, the replacement of David Prowse’s Anakin Skywalker with Hayden Christensen’s at the end of Star Wars – The Return Of The Jedi) and it seems particularly appropriate in Sci Fi stories using time travel. Now, with advances in the power of home computing and digital technology, we literally have the capability to replace actors and characters we don’t like.

No.3 Star Trek TNG’s Wesley Crusher. Yes, voted by numerous Star Trek conventions as the character they’d most like to see put out the air-lock. Not so much because of Wil Wheaton’s portrayal, rather because of the whole whining obnoxious wunderkind Mary-Sue-ness of the character. With his Howdy-Doody looks and goody-two shoes attitude, despite failing his Starfleet Academy exams, he was apparently much more cleverer than others of his own age, and smarter than the whole of the Enterprise’s crew, who after all were only Starfleet’s best. He was an annoying dweeb, and yet without any actual demonstrable talent, other than the script telling us he was a superior genius, he was able to come up with the solution that saved the day on almost every occasion. Deus Ex Machina indeed. Apparently the producers took the complaints to heart and deus ex machinaed Wesley into non-corporeal superior being-hood. Of course, that’s a perfect way to kill off a character without actually killing them off. You can just imagine that conversation between the producers and Wil Wheaton. 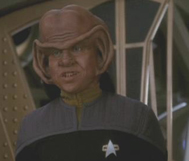 Replacement: Nog. Yes, Nog from Star Trek – Deep Space Nine. Nog, the first Ferengi in Starfleet. Occasionally mischievous, sometimes foolish, even sometimes delinquent, but also loyal and brave. His natural Ferengi instinct toward commerce somehow transformed into an aptitude for mechanics. Nog is a young, occasionally flawed outsider hero, the kind they intended Wesley Crusher to be, with whom everyone would empathize. An annoying Wesley line like, “So you mean I’m drunk? I feel strange, but also good!”, would have a certain charm if spoken by Nog.

No.2 Jar Jar Binks. Personally I love Jar Jar. I can even be occasionally be heard declaring, “How wude!” in a trans-galactic Jamaican accent. Voiced by Ahmed Best, Jar Jar also represents the pinnacle for his time in the animation of photo-realistic digital characters. What’s not to love about an inadvertently heroic slapstick floppy eared alien slacker goof-off? However Jar Jar was universally panned by critics and Star Wars fans alike. Their complaint seems largely to be the character is included in the film solely as comic relief to appeal to children. I don’t know why you would complain about a juvenile character appearing in a children’s sci-fi adventure film. Yes, Star Wars fans, I’m sorry to burst your bubble, but Star Wars is not a true epic history of the distant future somehow miraculously brought to life by George Lucas. It is in fact a children’s adventure story with characters like Wookies, Ewoks and cute robots, princesses, heroes, monsters and villains. Gosh, sounds like a children’s story doesn’t it? On this one it’s time to feed your inner child, rather than your inner nerd. However, critics and fans have spoken, so who could possibly fill those oversized feet? As an already digital character, Jar Jar should not be too difficult to edit.

Replacement: Jango Fett. Boba Fett’s clone sire. This could continue the whole father/son theme that runs through Star Wars, and eliminate the much despised comedy relief. Despite betraying Han Solo, the Mandalorian Bounty Hunters are much respected by Star Wars fans. This replacement would toughen up the whole franchise.

Alternative Replacement: An Ewok. Yes, those horrible, wet nosed, inarticulate tribal stone age fur balls. They remind me of those horrible drooly smelly yappy little dogs. I’ve picked the ungodly offspring of a Yorkshire Terrier and a Koala as a replacement just so you realise how well off you are with the original Jar Jar.

No.1 Doctor Who companion, Donna Noble. Crass, loud and rude she inspired an outpouring of four letter words worthy of an old school English thespian from usually mild-mannered and polite Doctor Who fans. Played by comedienne Catherine Tate, and introduced in an effort to move away from the whole young female companion/Doctor love interest dynamic that had been going on with Rose Tyler and Martha Jones. The strategy worked perhaps a little too well. Few characters in TV history have proven so divisive. Popular with a more mature female audience, almost everyone else hated her. She had a face only an Ood could love, and the kind of maternal appeal that attracted small gross creatures called Adipose made out of human fat. Even her fiancé was just stringing her along until he could feed her to a giant spider queen. 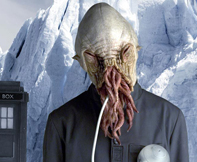 The writers eventually appeased fans by sending Donna on her way, while also inflicting on her an overload of the TARDIS’s time particles, so if she ever gets involved with a Doctor Who adventure again, hears about Doctor Who, or even remembers anything about Doctor Who, her head will literally explode. No role reprisals there then.

Replacement: Sally Sparrow. Played by Carey Mulligan in the famously scary and multi-award winning Blink episode. Although only appearing in the one episode, Sally Sparrow demonstrated the kind of investigative spirit, resourcefulness, bravery and cleverness we expect in a Doctor Who companion. In Peter Moffat’s original short story about Sally Sparrow, (as a 12 year old she helps the Doctor recover the TARDIS when he’s trapped 20 years in the past) she grows up to be a spy. 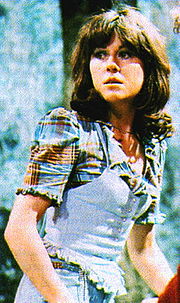 Alternative Replacement: Sarah Jane Smith. Is there a good reason, other than marketing, why nearly all of the Doctor’s current companions are contemporary? No. The gorgeous Elizabeth Sladen’s feisty independent 70s reporter could do everything Donna Noble did, only better. There would be no cloying love story – as she’s known the Doctor through two other incarnations. She knows him well enough that his charms would be outweighed by his vagaries. She would appeal to the same mature female audience, without offending the rest of the Doctor’s new and old fans.

Undoubtedly we will eventually see fan-made digital character replaced versions of films. Perhaps Harrison Ford in Casablanca, or Mads Mikkelsen in Silence Of The Lambs. The possibilities are endless. The controversy will be akin to the issues surrounding fan fiction and fan subtitling of films – largely an issue of money and copyright.

When that’s sorted out, we may even see the ability to put yourself in the lead role of your favourite film. Something like Star Trek TNG’s Holosuite. Who wouldn’t want to see oneself as Jean-Luc Piccard, at the helm of the Enterprise NCC-1701-D? All one can say is, “Make it so.”